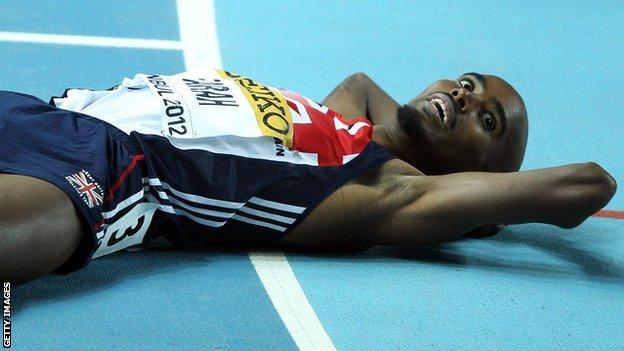 Great Britain's Mo Farah missed out on a medal in the 3,000m despite at one stage being awarded third place.

Farah was awarded the bronze after Soi was disqualified, only for that decision to be reversed on appeal.

Farah said: "I'm disappointed to finish fourth. I got pushed a bit but that's all part of the sport."

Farah, who finished ahead of Lagat in the 5,000m world outdoor final last August, had attempted to take the lead two laps from the end.

As Soi and fellow Kenyan Augustine Choge chased him, Soi collided with Farah in the final bend, causing him to step off the track.