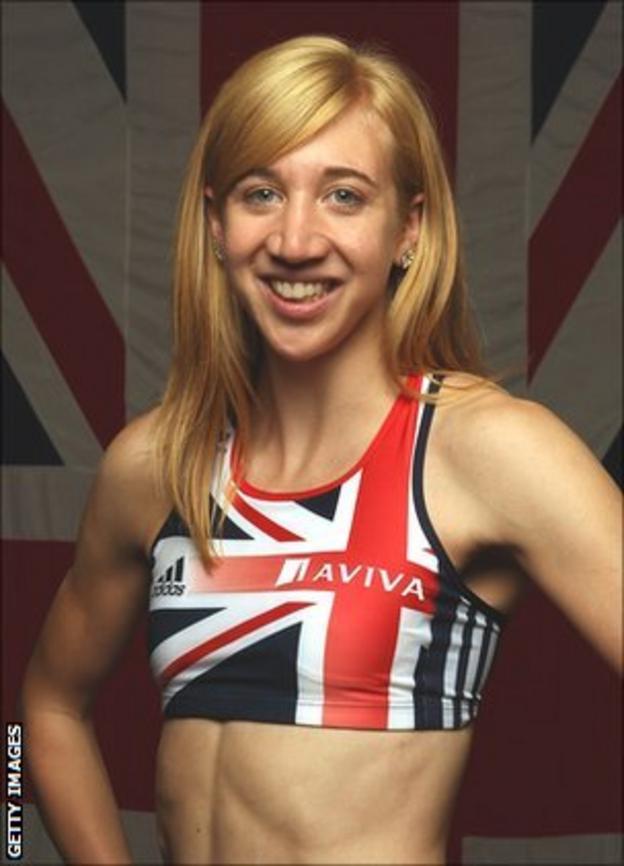 Staffordshire 800m runner Emma Jackson has said she is ready to battle for an Olympic place at London 2012 after a winter affected by injury problems.

Jackson told BBC Radio Stoke: "I really do believe I can get there.

"I've had a tough winter with injuries but I've managed to stay really positive and I believe I can make it."

The 23-year-old and finished fourth at the 2010 Commonwealth Games in Delhi.

Jackson's personal best of 1.59:77 is below the Olympic qualifying time, but she has a number of challengers for a spot in London.

Jenny Meadows, Marilyn Okoro and Jemma Simpson have also run 800m in under two minutes in the past 12 months, so Jackson expects lots of competition for places at the British trials in June.

"There are three other girls with the Olympic qualifying standard and there are only three places on the Olympic team," she added.

"There are four of us battling for three places so I'm always looking at what those other three girls are doing."

Jackson was named the Female Sports Personality of the Year at the City of Stoke-on-Trent Sports Awards on Tuesday.