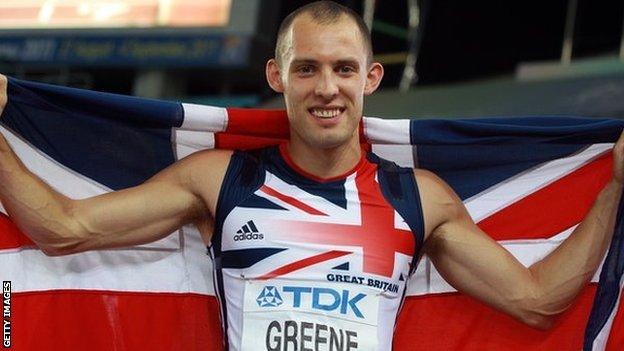 Dai Greene has confirmed his Diamond League season will begin at the Golden Gala in Rome on 31 May.

The 400m hurdles world champion will continue his London Olympic preparations in Oslo on 7 June, in Paris on 6 July and at the London Grand Prix at Crystal Palace on 13-14 July.

"I had to be sure my calendar got me in the best shape for London," said Welshman Greene.

"We've decided to do all the European Diamond League competitions."

The 25-year-old, who is also the reigning European and Commonwealth champion, is viewed as one of Great Britain's best hopes for track gold in London this summer.

"It's so important to periodise the year ahead," added Greene. "Obviously during the winter months I was training at such a high volume, whereas now during the summer months the volume [of training] is far less to ensure my body recovers.

"But I train at a higher intensity and there's nothing more intense than Diamond League events."