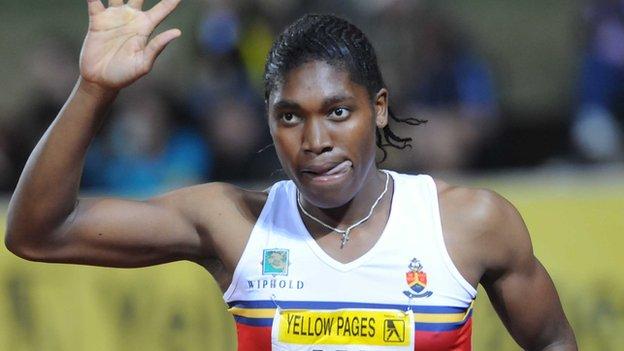 The 21-year-old, who underwent gender tests at the 2009 World Championships after winning gold, ran a time of one minute 59.58 seconds in Pretoria.

"It's a weight off my shoulders and I'm very happy with my time," she said.

I possibly can go quicker, tonight was just my third race of the season.

Semenya was suspended for 11 months by the International Association of Athletics Federations but was cleared to return to the track in July 2010.

She won silver at last year's World Championships in Daegu despite a back problem.

"I just ran my own race and it went OK, it's best that way and I enjoyed it, that's why I qualified," she added.

"I possibly can go quicker, tonight was just my third race of the season, and I hope to go below 1:57 in Europe.

"But it depends on my training, which needs to strengthen me up for the Olympics. I need to last and one race does not mean anything."