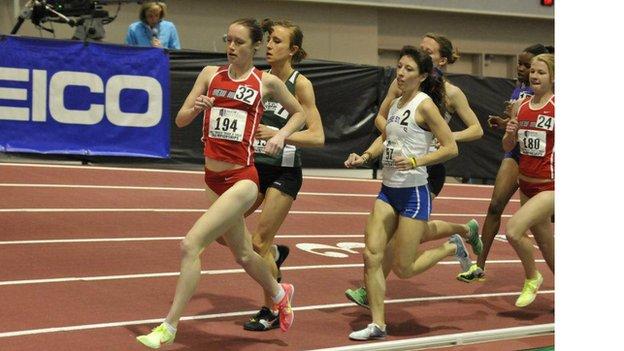 Herefordshire athlete Sarah Waldron plans to compete in the UK Olympic trials after smashing her 10,000m personal best in America.

"The London Games are obviously now an aim," Waldron told BBC Hereford and Worcester. "Otherwise the European team as I'd have a good chance of that.

"I just want to get back into that Great Britain kit. It's always been an aim to wear a GB vest on the track."

Waldron, from Pudleston, took 10 seconds off her personal best for the distance, smashing her college record by 40 seconds as she posted the fastest time for a UK woman this year.

"I was saying to my coach afterwards that I felt so comfortable during the race," she said.

"When I got across the line and reflected on the time I posted, I had always thought that was ridiculously quick.

"But, when you get into shape and you are feeling good anything is achievable if you work hard enough.

"I was shocked but it has just made me more and more hungry to push on and become even faster."