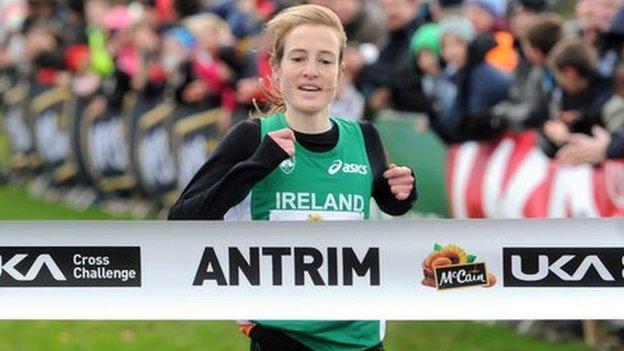 Fionnuala Britton looks set to compete in the 10,000m at this year's Olympics after achieving the qualifying mark for the distance over the weekend.

Britton had already qualified for the 3,000m steeplechase in London but is now expected to opt for the other event at the Games.

Britton was competing at the Payton Jordon Cardinal Invitational meeting.

The European Cross Country champion ran strongly throughout the race to claim third place, just ahead of Britain's Julie Bleasdale.

The performance lifted Britton to fourth on the Irish all-time list for the distance.

At the same meeting, Mullingar athlete Mark Christie was again under the European Championship 5,000m qualifying mark as he clocked 13:37.32 while Dundrum South Dublin's Brendan O'Neill was just outside the Helsinki standard as he crossed the line in 13:41.06.

Letterkenny athlete Darren McBrearty was seventh in the men's 1500m in 3:42.92 while Orla Drumm posted a time of 4:13.27 to finish sixth in the women's metric mile.