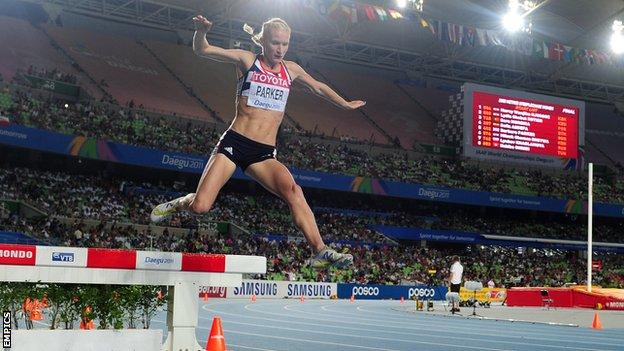 Parker, 29, was Britain's number one in the 3,000m event last year and already has the qualifying standard.

She is also is now eligible for selection in the 5,000m after running a time of 15 minutes and 14 seconds at a meeting in California last week.

"I'm pretty sure I can make the final in that event too," the King's Lynn-born runner told BBC Radio Norfolk.

Parker, Britain's number one over the 3,000m steeplechase last year, beat fellow Brit, and 1,500m hopeful, Stephanie Twell by a second in California.

"The 5K is more of a back-up for this year," said Parker, who is based in the USA.

"(But) You never know what might happen in the heats of the steeplechase, so if I can get selected n the 5,000m as well it'll be like a back-up event.

After failing to make it through the steeplechase heats in Beijing four years ago, Parker hopes to take her early season form into the summer and produce a stronger showing in London.

"Now the season is underway I'm less anxious. Having run the times I know I can you get a sense of relaxation and hopefully you can pull it through all the way to the Games."