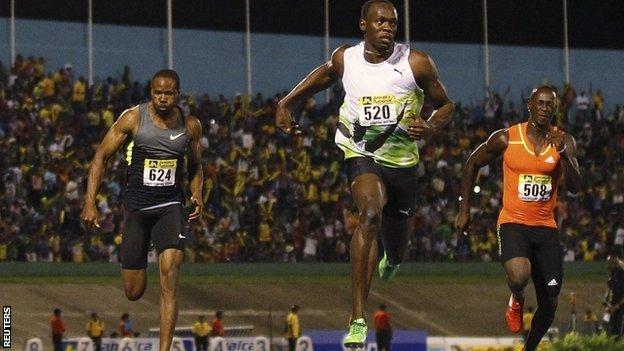 Usain Bolt ran the fastest time of the year in his first 100m race of 2012 at the Jamaica International Invitational.

"I feel better than last year, so I'm definitely happy with myself. I don't think my execution was perfect, but I think for my first race it was good."

And Bolt, who was disqualified from last year's 100m final at the world championships because of a false start, held his nerve after two false starts by competitors in Kingston.

"A couple of false starts will throw you off, but I stayed focused and went out there and executed as best as possible, so I'm just happy with myself," he said.

Larry Achike was second in the triple jump, Tiffany Porter finished third in the 100m hurdles, and Andy Turner was fourth in the 110m hurdles.