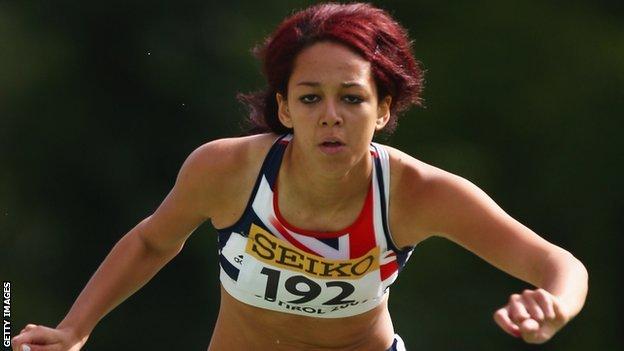 Britain's Katarina Johnson-Thompson achieved the Olympic 'B' standard in the heptathlon and broke the national junior record set by Jessica Ennis.

Her total smashed her personal best by more than 200 points.

But Johnson-Thompson tweeted: "I've let myself down. I will be attempting to get Olympic 'A' standard soon."

The Olympic 'A' standard is 6,150 points, which Katarina Johnson-Thompson missed by 143.

Former Olympic bronze medallist Kelly Sotherton pulled up injured in the 200m, the final event of day one on Saturday.

There was no immediate word as to the severity or nature of the injury.