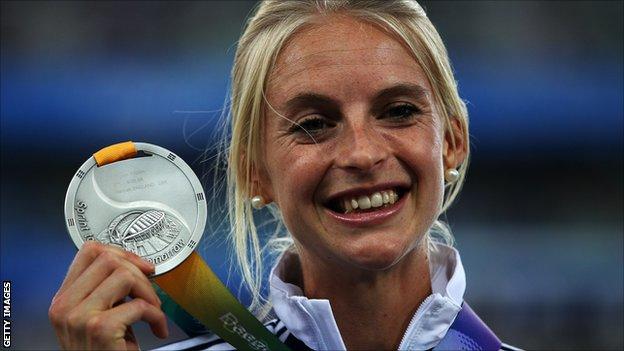 World 1500m silver medallist Hannah England admits she is risking a place at the Olympics after confirming she is to miss this weekend's Team GB trials.

England, 25, damaged her Achilles in Hengelo three weeks ago and will not race again until the London Grand Prix.

The first two in each event at the trials gain Olympic selection, but only if they have the 'A' qualifying time, with an additional discretionary place.

"I have to be sensible, if I run too soon I could ruin my season," she said.

Oxford-born England, who won a surprise silver over 1500 metres in Daegu last year, added: "Of course I'm disappointed to miss the trials, last year I won there and it was the start of an incredible season.

"But I have to take a risk that my early-season form and multiple A standards will be enough to gain selection.

"I'm in a tough event with strong competition, but I know I'm selectable as things stand now and I know I can compete at the highest level if given the chance."