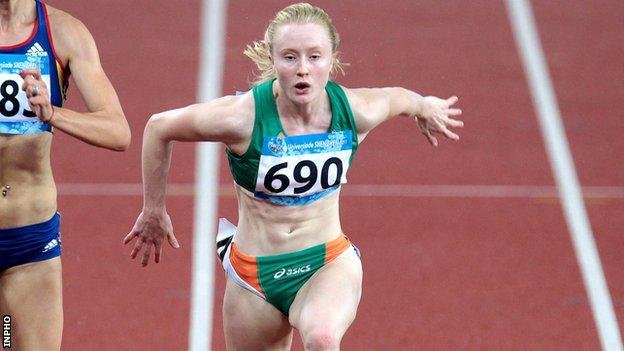 Amy Foster has missed out on a place in the 200m semi-finals at the European Championships in Helsinki after finishing sixth in her heat on Friday.

The City of Lisburn sprinter clocked 24.04 seconds in a tough heat won by Ukranian Mariya Ryemyen in 22.77.

Foster finished seventh in her 100m heat in Finland on Wednesday.