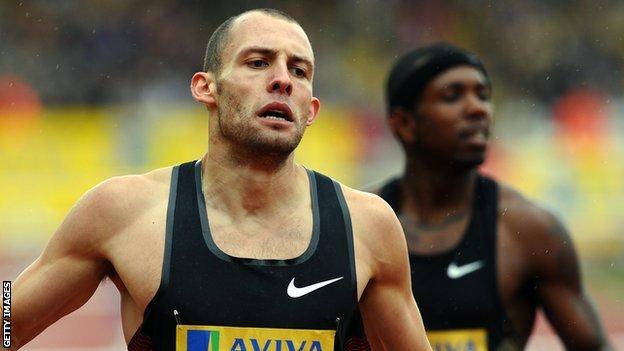 "With athletes like Javier and Bershawn in the mix at Palace, I'll be given a stern test," said the Team GB member.

"Hopefully I'll be taking on these guys again in the Olympic final."

Greene and 200m sprinter Christian Malcolm booked their London 2012 places at the British Trials in Birmingham.

European silver medallist Malcolm will compete at his fourth Olympics after finishing fifth in 2000 and 2008.

The British team is to be named on 3 July after the European Championships in Helsinki at which Greene's Welsh rival Rhys Williams won gold to boost his hopes of a place at the forthcoming games.