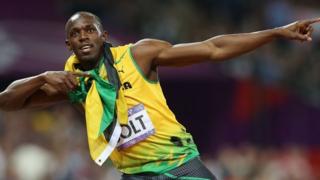 John McEnroe asks Usain Bolt whether he is the greatest athlete ever and quizzes him on his dip in form at the Jamaican Olympic trials.

Bolt, who became the first man to successfully defend both 100m and 200m titles, believes he is "a legend", but says it is for others to decide who is the greatest ever athlete.