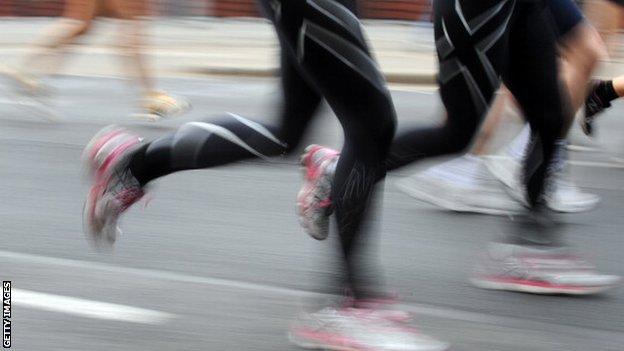 Abyo, from Salford, finished in two hours, 24 minutes and 42 seconds, a minute and a half ahead of Ben Gamble, with Peter Tucker third in 2:31:12.

The first Jersey runner to finish was Ironman champion Dan Hawksworth, who came fifth in 2:40.

The women's race was won by Shona Crombie-Hicks, who led all the way to finish in 2:53:36, while Jersey Spartans triumphed in the relay event.