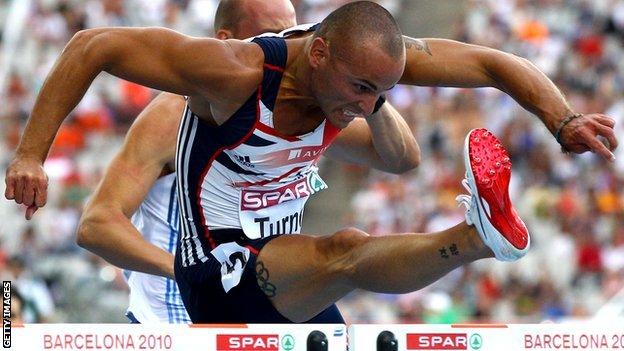 For Turner, 32, the operation on three tendons concludes an injury-hit and ultimately disappointing 2012 season.

The London Olympics medal hope failed to reach the final of the hurdles in August after finishing fourth in his semi-final race.

The Nottingham-born athlete is the third fast British sprint hurdler of all time behind Colin Jackson and Tony Jarrett, and won gold medals at both the Commonwealth Games and European Athletics Championships in 2010.

The surgery involved removing a plantaris tendon and having both of his Achilles tendons scraped, but Turner insisted: "It sounds a lot worse than it is. I should be back in full training by Christmas, so unfortunately Indoor [athletics meetings] this year will not be happening."