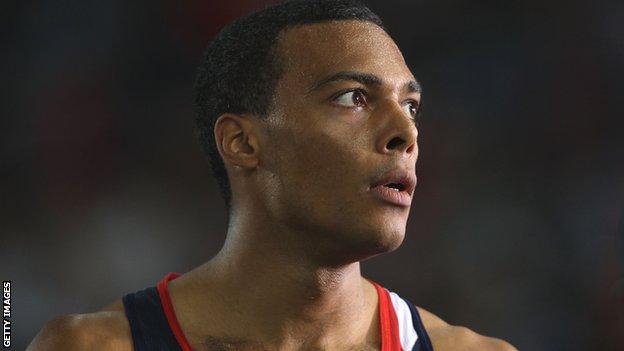 Sprint hurdler William Sharman says missing the London 2012 Games will be motivation for the next Olympic cycle.

The 28-year-old from Corby will continue to receive National Lottery funding with 'genuine potential to medal in 2016.'

He told BBC Radio Northampton: "It was encouraging to see people do well - my favourite was Sir Chris Hoy.

"One of my best friends [Paralympian Richard Whitehead] won a gold medal. But missing out is also motivation."

Sharman was edged out of Team GB for the 110m hurdles in London, with Andy Turner, Lawrence Clarke and Andrew Pozzi selected instead.

I haven't lost the ingredients, I am still a worthwhile investment and it's very encouraging that UK Athletics think so too

But, with funding assured for next year, he is targeting a return to the form that saw him finish fourth at the World Championships in Berlin in 2009 and second at the Commonwealth Games in Delhi in 2010.

"It's been a difficult year for me, having carried a [wrist] injury for over two years and sitting on the sidelines [during] London 2012," said Sharman.

"There are no certainties in performance sport. I didn't take [getting funding] for granted but I haven't lost the ingredients, I am still a worthwhile investment and it's very encouraging that UK Athletics think so too.

"I think that's the main thing you take away from this. That the people you work with on a daily basis really believe in what you've got to offer."

Sharman denies that failing to receive funding would have been the end of his World Championship and Olympic ambitions, however.

"Before I ran in the World Championships in 2009, I didn't have any funding," he said.

"I think our system is remarkable - it's brilliant. But I don't think Usain Bolt or Yohan Blake get lottery funding.

"Even athletes in the UK will have different circumstances. For me, what's invaluable is the medical support that goes with the lottery funding."