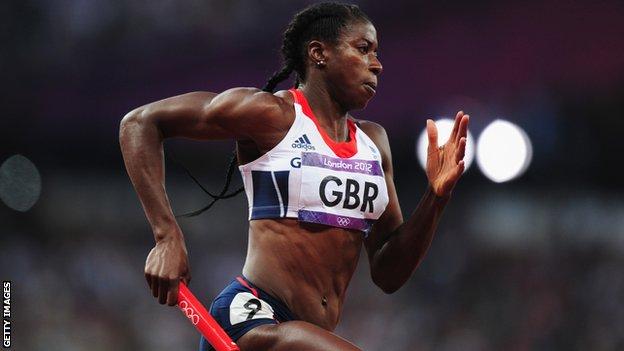 Olympic gold medallist Christine Ohuruogu says the next head of UK Athletics must be prepared to deal with lots of "personalities and characters".

Charles van Commenee is to step down from his role in December after Team GB failed to meet his medal target at the 2012 Olympics in London.

"Track and field is a very diverse and big group, with a lot of personalities and characters," Ohuruogu said.

"It is an individual sport, so you have to factor that in as well."

She added the role needed "someone who is willing to be prepared for the challenge of having such a diverse group".

Meanwhile, on Tuesday, UKA's strategic head of coaching and development, Kevin Tyler, announced he was leaving his post in order to return to Canada.

UKA chief executive Niels de Vos, who described Tyler as "a coach of coaches who makes things happen" when he appointed him in 2008, said the Canadian left an important legacy in the revamped UK coach education system he had helped create.

Van Commenee's direct style was credited by many with helping Team GB to its best haul of gold medals in 32 years.

However, not everyone bought into his methods, with the head coach most notably having

Ohuruogu, 28, added 400m Olympic silver this summer to the gold she won in Beijing four years ago.

She was speaking as she helped launch the World Marathon Challenge, an event hosted by charity Save The Children to raise awareness of global child hunger.

Ohuruogu is an Aviva Athletics Academy ambassador, encouraging children all over the UK to get involved in athletics this half-term.