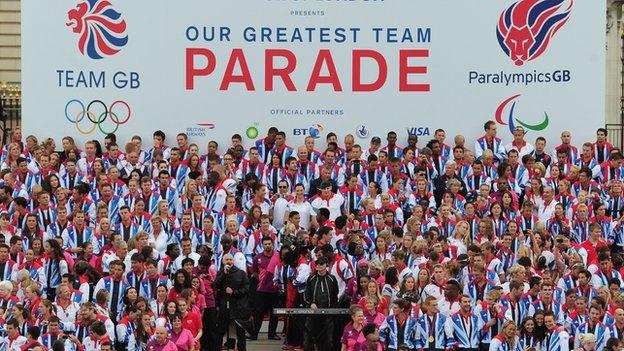 Team GB's exceptional showing at London 2012 can be matched at the 2016 Olympics, according to the man tasked with preparing Britain's elite athletes.

Simon Timson will take up his new position as performance director at UK Sport in January.

Timson praised the work leading up to London but said there is "certainly still some room for improvement".

Timson replaces Peter Keen, who quit in May to become UK Sport's special advisor for performance.

"It's a great privilege and a fantastic opportunity to inherit a high-performance system which has grown from 1996, when Great Britain finished 36th in the Olympic medal table, to third in London in both the Olympic and Paralympic Games," said Timson.

"But there's still a lot of maturing for this system to do.

"What we need to do in the next four years is to try to reach down to every athlete with the potential to medal in Rio and give them the best opportunity to do that."

Timson was British Skeleton's sports director from 2000 to 2006, kick-starting a period in which the sport has won medals at every Olympics since Salt Lake City 2002.

He has spent the past six years with the England and Wales Cricket Board, working as head of the England development programme and science and medicine.

Team GB's performance at London 2012, where it finished third in the medals table behind China and the United States, was its best for more than a century.

UK Sport received £312m of funding for Olympic sport over the previous four years and will be given a similar amount over the next cycle.

Timson is well aware that he will have his work cut out just to get close to matching the success at London 2012, but he already has a vision for what he wants to achieve.

"The key is to support and enable the staff in sports to continue to evolve their athlete pathways and the support they provide to athletes to enable them to realise their potential," he added.

"If we can do that with more athletes in more sports, then we have a realistic chance of sustaining the success in the future."

One of Timson's first major goals will be to help team GB prepare for the 2014 Winter Olympics in Sochi.