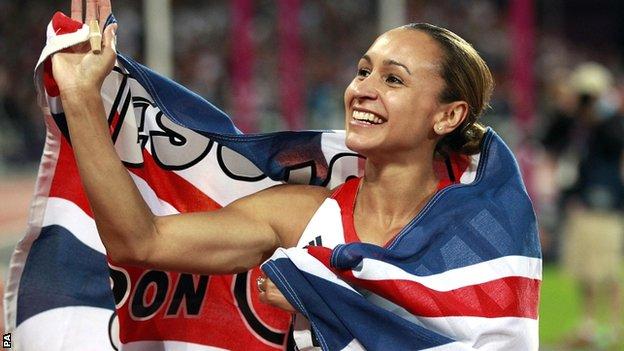 She finished only 4% ahead of double Olympic distance runner Mo Farah in the poll, organised by UK Athletics.

Weir, who beat double gold medallist Hannah Cockcroft into second place, said: "It's a great honour, especially considering that Great Britain had a number of athletes that won gold medals and performed so well in London.

"It's been such a great year for me and my success at the Paralympics is something that I will always remember. To have my performances recognised by athletics fans across the country is a great way to end the year."

Ennis, who set a British record score of 6,995 points to win at London 2012, said of her latest award: "Thank you to all of the UK Athletics fans for voting me the British Olympic athlete of the year - what an honour.

"The support of all the athletics fans is so important for us athletes and this year especially - your support at all the events running up to London was so important. What a great year 2012 has been!"