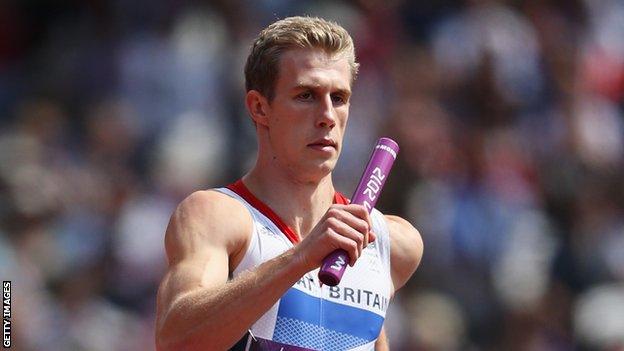 Kent's Jack Green has re-iterated that competing in the 400m hurdles is his priority.

Green made the semi-finals of the hurdles at the London 2012 Olympics but also helped Team GB to fourth place in the 4x400m relay.

The 21-year-old from Canterbury told BBC Radio Kent: "I am still a hurdler, not a relay specialist.

"I don't want to be known as a relay runner. I'm good at relays but I'm an individual athlete."

Green's performance at the Games with the relay team has led to an increase in his funding from UK Athletics, as part of the World Class Performance Programme.

"I was on podium-level funding last year," he said.

"I've gone up because of the relay [performances] and because I'm part of the relay squad. I'm not being funded just for that.

"I'm now on a higher level which means more funding to help me with my career."

Meanwhile, Green has revealed he aims to start a scheme in Kent to help young athletes develop in his home county.

"I've set up a talent squad which will give the opportunities and resources for local, young talent to come through to, hopefully, the elite level," he said.

"I've got people alongside me and I'm more of a manager helping young athletes. We're there if they need us.

"It's something I always wanted to do when I retired but I thought why not seize the moment and do it now?

"That will be launching in December and people will hear about it then."