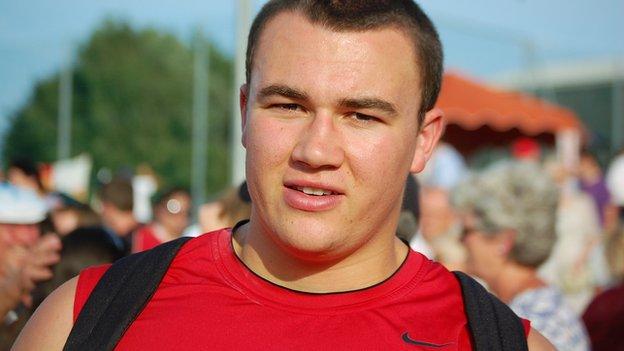 Jersey athlete Zane Duquemin is set to miss the 2013 Island Games in Bermuda because of costs and other major competitions.

Duquemin holds the Games record in shot putt and discus and won gold in both at the 2011 event in the Isle of Wight.

But competitors from Jersey have had to raise thousands of pounds for travel to Bermuda and the accommodation.

"I think next year purely financially it's going to be too much," said 21-year-old Duquemin.

"I've got the European Under-23s and then there's an outside chance of going to the World Championships in Moscow at senior level.

"I've always loved the Island Games, regardless of the standard, it's one of the few chances you get to represent the island.

"With the dates it's going to have too much of an impact on my other competitions, so I think I'll have to give it a miss next year."

Duquemin is not alone in his concerns about costs, with Jersey's football teams among those to have already pulled out.

Although the athletics squad will be at the Games in July, it will be much smaller than in previous years.

"We have quite a small team, at the moment we're probably talking maybe 12 athletes, but that's bigger than some islands are going to be sending."

In September it was revealed of reallocated funding ahead of the 2013 Games.