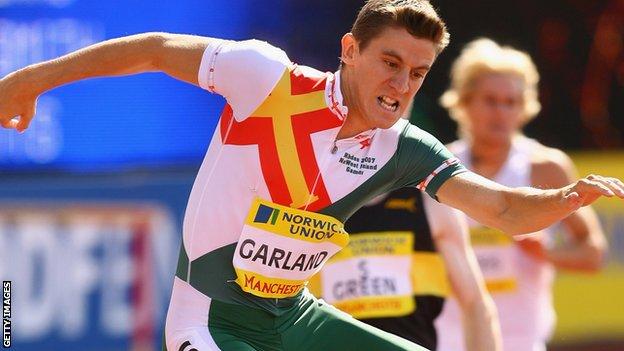 Guernsey athletes wanting to compete at the 2014 Commonwealth Games will have to run the qualification time for their event twice in order to be selected.

Athletes from the island previously needed to make the required level just once to be considered for selection.

"The standards are meant to be tough as we want athletes to be aiming for semi-finals at the very least," said island development officer Steve Green.

"We have the potential to send our largest athletics team."

Six island athletes have already posted the minimum 'B' standard times needed for Glasgow 2014, led by and 400m hurdler and decathlete Dale Garland.

There are also hopes that sprinters Hywel Robinson and Josh Allaway can make the grade in order to give the island a relay team.

Retired PE teacher and former English Schools Athletics team manager Dave Legg will be in charge of Guernsey's athletics team at the Games.