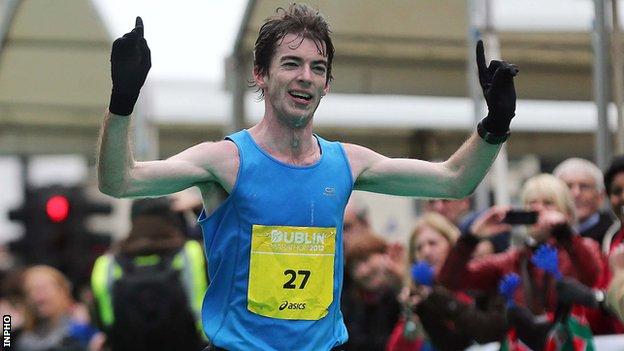 Paul Pollock and Eddie McGinley are expected to be among the main challengers for European Cross Country Championship places at Sunday's Irish trials in county Meath.

Pollock is likely to make his return to action in Rathoath four weeks after his brilliant marathon debut in Dublin.

The Northern Ireland man clocked 2:16.30 to clinch the Irish Marathon title in Dublin.

That was a major break for McGinley, who like Pollock, represents the Belfast-based Annadale Striders club.

Pollock competed for Ireland at last year's European Cross Country Championships but it remains to be seen whether he will have recovered from his marathon exertions in Dublin.

Joe Sweeney will probably go in as favourite in the trials which double as the Irish Inter County Cross Country Championships.

With Fionnuala Britton instead running in France on Sunday, Ava Hutchinson will go in as favourite in the women's event where Newcastle's Kerry Harty will hope to perform well enough to clinch a place in Ireland's European Cross Country win.