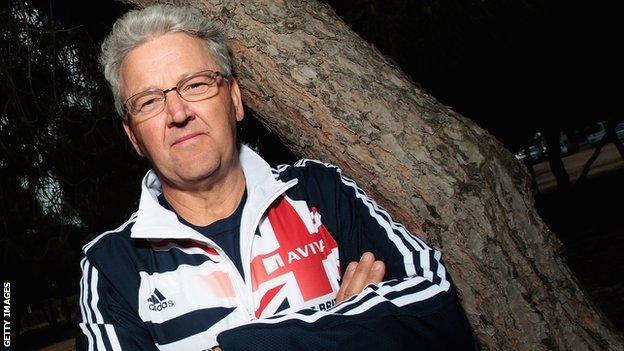 Britain finished fourth in the track and field medals table at the London Games, their best placing since Tokyo in 1964, winning six medals which included four golds.

"It [London] was the start of something better," Eriksson told BBC WM.

Eriksson will officially take over from Charles Van Commenee in December, after the latter

As a result, Swedish-born Eriksson will bring to an end his successful tenure as head coach for Paralympics GB, which saw 120 medals won by British competitors at the London Games.

One of Eriksson's first challenges in his new role will be to help ensure that UK Athletics' decision to move their headquarters to the Alexander Stadium in Birmingham is as smooth as possible.

And the former speed skater feels that the move to centralise the organisation in one hub will prove beneficial for the athletes, as well as those working behind the scenes.

"We are changing a lot in the structure to optimise performances," he said.

"We see the athletes at the hub - and of course you have several training camps a year which all of our athletes will attend, so I will keep in constant contact with them.

"You have to see a trend on how the athletes are developing so that it's a reasonable target.

"The bottom line is for us to convert that into more medals."