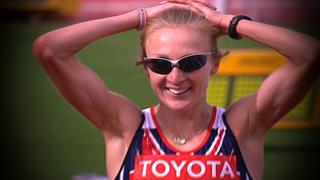 Radcliffe, 38, pulled out of the London Olympics with osteoarthritis before having having her funding withdrawn by governing body UK Athletics.

The British runner says her goal is to be back running by Christmas and that she would love to be able to compete at the 2013 London Marathon, 10 years after setting the world record.