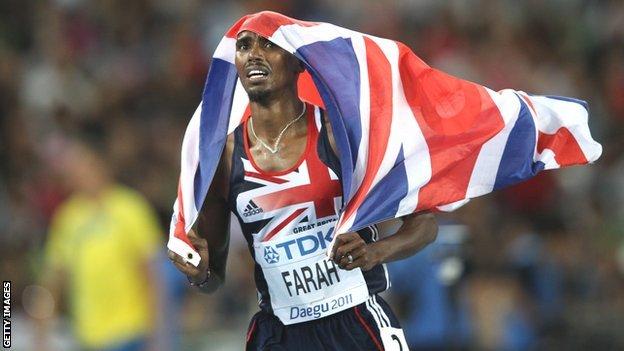 The 2013 World Championships in Moscow will now be shown by the BBC after Channel 4 agreed to transfer its rights to the broadcaster.

The 2013 championships will be the first of three on the BBC with deals in place for Beijing 2015 and London 2017.

Channel 4 made a deal in March to be the sole terrestrial broadcaster of UK horseracing between 2013 and 2016.

London after pulling out of the race for 2015 because of uncertainty over how the Olympic Stadium would be used in the wake of the London 2012 Games.

Director of BBC Sport Barbara Slater said the agreement demonstrated the corporation's commitment to athletics, guaranteeing a major championship every year until 2017.

"Added to the Commonwealth games in Glasgow in 2014 and the Rio Olympics in 2016 it will take the BBC audience on an athletics journey from London 2012 to London 2017."