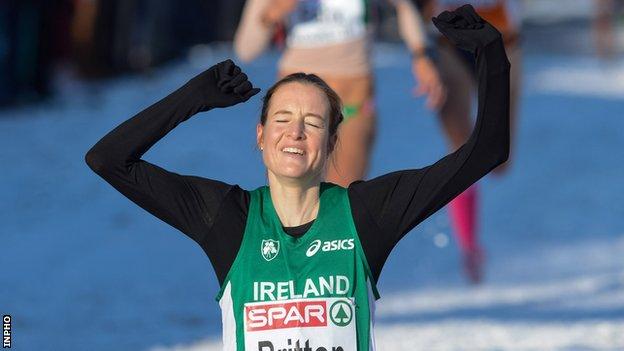 The Wicklow woman, who retained her European title two weeks ago, finished behind Ethiopian Ruti Aga at the Iris Lotto CrossCup meeting.

Britton will run in Edinburgh on 5 January and Antrim a week later.

The European champion will be the big draw at the Antrim IAAF Cross Country meeting which she also won last January.