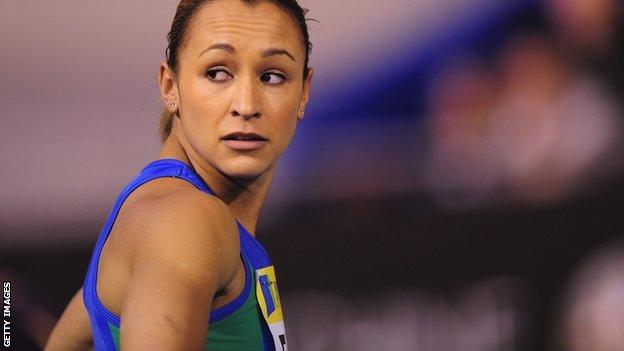 Jessica Ennis's coach says the athlete has no plans to leave Sheffield following the news that the city's Don Valley Stadium could be demolished.

Olympic heptathlon champion Ennis shares her training between the outdoor Don Valley Stadium and the indoor English Institute of Sport nearby.

Sheffield City Council said no decisions on the closure had been made.

"She'll stay in Sheffield because that's where she wants to be," Toni Minichiello told BBC Radio 5 live.

"Athletics is a lot about work-life balance and having that normality and family around you is so important for you to be able to perform.

Jess will stay in Sheffield. If we don't have an outdoor track to work on we'll have to find some other options in other places

"You've got to have somewhere you can go and switch off and feel comfortable and do normal things."

UK Athletics recently announced plans to move towards a single, elite-level base in Loughborough but Minichiello said he did not think politics was involved in Don Valley's potential closure.

However, he called the suggestion "very sad", adding the stadium's closure would be a blow to athletics's legacy following the London Games.

"If you want legacy in Britain, things like the English Schools Championships, the British Transplant Games [which Don Valley is hosting in 2013], the county championships and area championships are the sorts of things you should be hosting there," he said.

"And I don't think Sheffield has worked hard enough to get a lot of those events in."

A council document, seen by BBC Radio Sheffield, says it could save £500,000 per year if the stadium closed. But the council said a closure was only one of a list of money-saving options.

The document also raised the possibility of re-opening the city's smaller Woodburn Road Athletics Stadium, which was closed 18 months ago to save money.

But Minichiello said it would take more money than is being proposed to improve the facilities to the required level.

"We use it [Don Valley] regularly," added Minichiello. "Don Valley is very crucial to what we do in terms of training.

"It's an outdoor 400m track, it's the type of place you see at the Olympics. It also services the wider athletics community for things like javelin and discus and anything above short sprint running.

"But Jess will stay in Sheffield. If we don't have an outdoor track to work on we'll have to find some other options in other places."

After winning gold in London, Ennis has revealed former UK Athletics head coach Charles van Commenee wanted her to move to London before the Games, a suggestion she resisted.