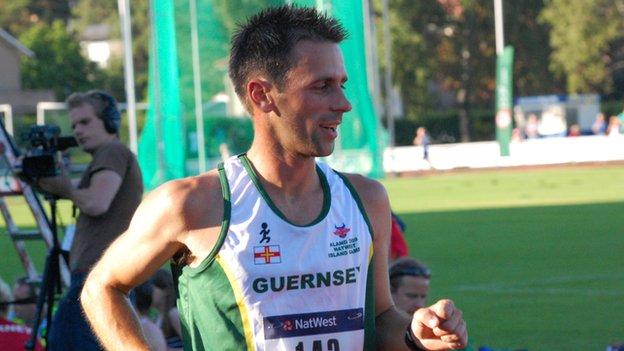 Alongside Perrio's gold, Natalie Whitty took silver and Sarah Mercier was fourth as the island got team gold.

"We knew that we were in with a chance of picking up a few medals," said team manager Paul Ingrouille.

"We picked up a few of our half chances and all the people who we thought would do well did do well.

"But the icing on the cake was to have both the winners of the senior events," he told BBC Guernsey.

And the future also looks bright with youngster Katie Rowe coming first in the under 15's event.