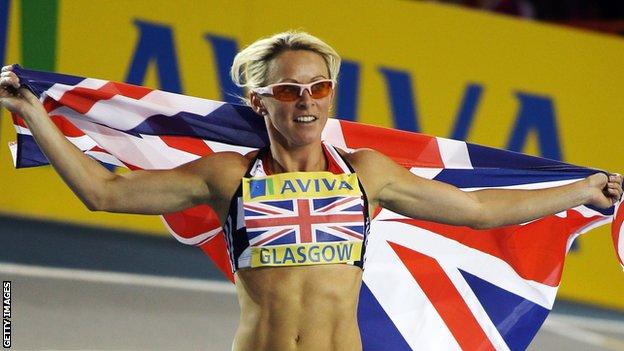 Meadows, 31, made her competitive comeback last weekend at the British Athletics Birmingham Grand Prix, after missing the 2012 season through injury.

Jenny [Meadows] has shown that she is a very strong character, with great leadership qualities

"It's a great honour to be named captain," said Meadows.

The championships take place in Gothenburg from 1-3 March.

Meadows won gold at the 2011 European Indoor Championships in Paris, having initially finished second but had her medal upgraded following the disqualification of Yevgeniya Zinurova.

"I'm really excited to be given the opportunity to follow Helen Clitheroe, who did such a brilliant job in Paris two years ago."

Meadows will be joined by the likes of Holly Bleasdale, Robbie Grabarz, Dwain Chambers and Christine Ohuruogu in Sweden.

World indoor pole vault bronze medallist Bleasdale will be looking to continue her good start to 2013, having cleared 4.75m at the Russian winter meeting in Moscow earlier this month on her way to victory.

"I have been really encouraged by the performances so far by the team in 2013, and I'm sure this will continue at the European Indoors," Olympic head coach Peter Eriksson said.

"Jenny [Meadows] has shown that she is a very strong character, with great leadership qualities and experience on this stage - she will be a great captain for the GB & NI team."