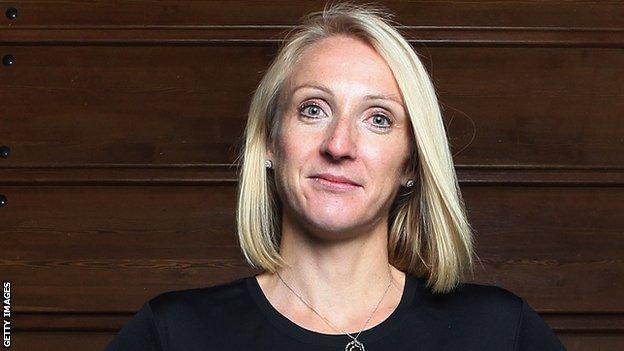 Charlie Grice, 19, achieved the qualifying standard of 3 minutes 42.00 seconds when finishing 9th at the British Grand Prix in Birmingham on Saturday, but only finished 3rd at the trials in Sheffield the previous weekend.

Chris O'Hare, 22, tops the British rankings and is ranked third in Europe this year, but did not compete at the trials.

Eriksson argues his focus is on beating the eight medals won at the same meeting in Paris two years ago.

"The first page and the first sentence on the selection criteria is that we will be selecting only top-six potential. We follow the criteria that was determined quite a while ago."

The squad is the first to be named by Eriksson since he officially took over from Charles Van Commenee in December.

Van Commenee when Team GB fell two short of his own target of eight athletics medals at the London 2012 Olympics.

Eriksson is confident that a team captained by defending women's 800m champion Jenny Meadows can beat the medal haul from two years ago.

"I want us to do well and I think we have a team that can do really well. I am positive," he said.

The championships take place in Gothenburg from 1-3 March, and Meadows will be joined in the squad by Holly Bleasdale,Robbie Grabarz, Dwain Chambers and Christine Ohuruogu.