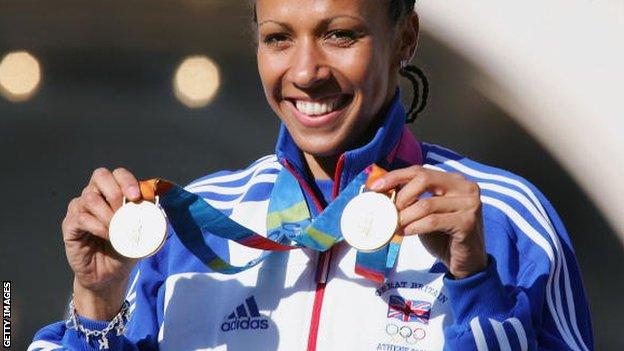 A sporting excellence programme launched by Olympian Dame Kelly Holmes on the Isle of Man last year has started a new season for 2013.

More than 30 local athletes and 19 coaches have been selected to take part in a series of professional-led training sessions.

Holmes, the winner of two Olympic gold medals, said the aim was to inspire the next generation of Manx champions.

Those involved hope to qualify for the 2014 Commonwealth Games in Glasgow.

Along with a team of specialist tutors, Dame Kelly Holmes delivers the Isle of Man Sporting Excellence Programme, which was launched in October 2011 with a two-day educational camp in Douglas.

The third session of the programme took place at the National Sports Centre in Douglas on 2 March.

Cycling Coach, Peter Kennaugh, said: "In the future I'll take a lot of what I have learnt in the sessions back to the guys and girls I coach, which will benefit them and will make them better cyclists."

The programme incorporates practical workshops alongside coaching on nutrition, technique and psychology.

A spokesman from the sports development team said the next education day (the forth) is scheduled for the summer.