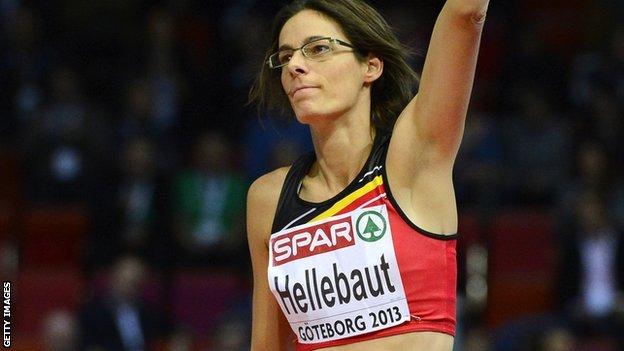 The Belgian, 35, who won gold in 2008 at Beijing, competed for the final time at the European Indoor Championships in Gothenburg, finishing eighth.

Speaking on her website she said: "When I look back on what I have achieved, I think the only right decision to make now is finally to quit."

Hellebaut finished fifth in the 2012 Olympics in London.

She won the world indoor pentathlon in 2008 and had initially retired that year when she was pregnant, but returned to the sport in 2010. She took another break to have a second child the following year.