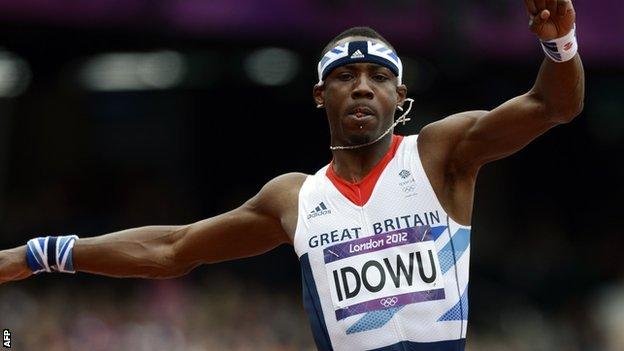 British triple jumper Phillips Idowu has left his training base in Birmingham and moved to Enfield in order to be closer to his family.

The Beijing Olympic silver medallist spent the build-up to London 2012 training in the Midlands.

But he told BBC Essex: "I'm down in Epping now, living and training here.

"I made a big sacrifice after Beijing to move to Birmingham and spent four years there. For the most part it was successful. Now family takes priority."

Idowu is expected to part ways with coach Aston Moore, who trained the 34-year-old throughout the 2008 and 2012 Olympics and helped him achieve gold at the 2009 world championships and 2010 European championships.

But Idowu and failed to match his silver in Beijing by

The Hackney-born athlete has moved to Essex, where he is likely to train at the Lee Valley Athletics Centre, and expects the move to improve his form on the track ahead of the world championships in August.

"My family and friends are here," he said. "I wanted to move back home to make life easier for my wife and my kids.

"If they're happy I'm happy and hopefully, coming on to major championships in 2013, my performances will be really good."