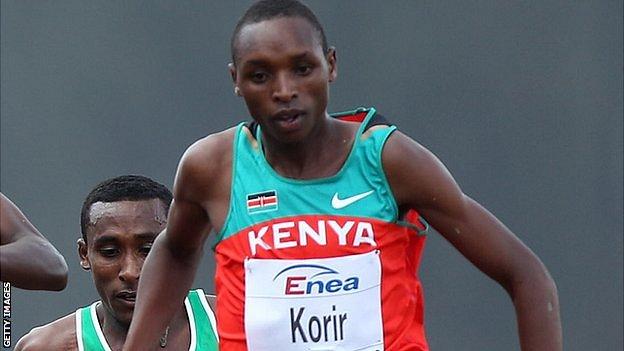 Korir, who finished sixth in his national trials, powered away to win in 32 minutes 45 seconds with Eritrea's Teklemariam Medhin third.

Their success is Britain's first medal in any category at the event since 2004.

Britain's Emelia Gorecka, the 2011 European Cross Country Championships winner, was the first European athlete home as she secured 16th position in a time of 19:19.

Team-mates Georgia Taylor-Brown (17th), Amy Eloise Neale (21st) and Bobby Clay (27th) followed her home to give the team a total of 81 points.

Jonathan Taylor and Gemma Steel, who were 31st in their respective races, were Great Britain's best-placed runners in the men's and women's senior race.