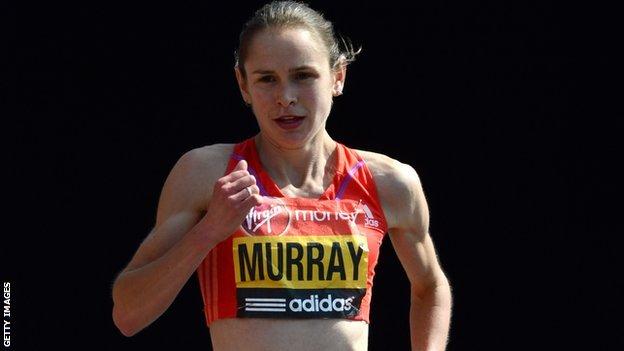 Ross, the first Briton home at last year's Olympic marathon in 44th place, has been troubled by a hip problem.

"I'm really disappointed I've had to withdraw but I can't run pain-free," she said.

Clitheroe, who was due to make her marathon debut in London, withdrew after illness hampered her training.

The 39-year-old Preston runner, who won gold at the 2011 European Indoor Championships at 3,000m, now intends to make her 26.2-mile debut later in the year.

Ross finished 12th in her London debut last year, under her maiden name of Murray, and had hoped to improve on that this year.

"Training had been going well for the last few weeks and I was looking forward to running in London," she said.

"The injury problem started last Monday with a niggle in my right hip. It seemed insignificant and I didn't think it would affect me. However, over the next few days it worsened."

Ross's withdrawal leaves Amy Whitehead and Susan Partridge as the leading British contenders in the race.