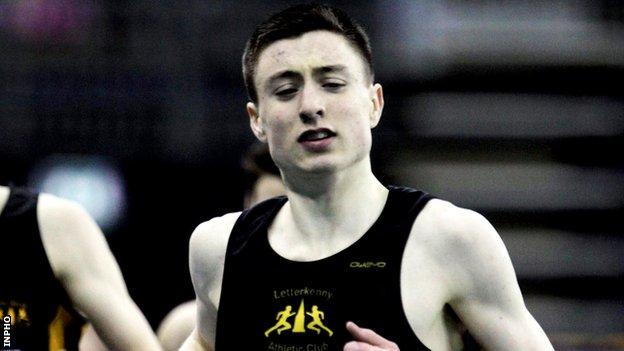 Ireland finished fifth in the distance medley relay event at the Penn Relays.

The Irish team included Letterkenny athlete Mark English whose split time for the 800m leg was a solid 1:46.9.

The Irish dropped to fifth during English's leg and while Ciaran O'Lionaird did move them up to fourth again, they eventually took fifth.

This year's European Indoor Championship bronze medallist, O'Lionaird, did pass American Bernard Lagat during the third lap of the mile leg but the Kenyan-born athlete moved ahead of the Irishman again on the final circuit.

O'Lionaird's split time was 3:58.7 which left Ireland clocking an overall time of 9:24.10 in Philadelphia.