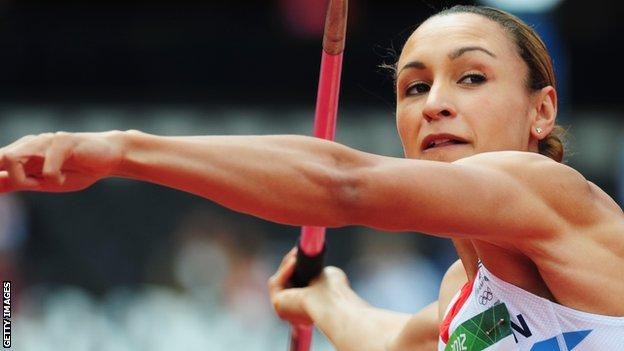 Olympic heptathlon champion Jessica Ennis-Hill has pulled out of her season opener on Saturday because of an Achilles injury.

The Briton, who married long-term partner Andy Hill in May, was due to compete in the Women's Athletics Meeting in Edinburgh.

The 27-year-old, who won gold at London 2012, said she had a stiff Achilles and had withdrawn on medical advice.

"I am really disappointed, but I am not going to take any risks," she said.

"I have been told if I rest this now I should be able to resume my competitions as soon as possible - hopefully next week."

Ennis-Hill, who was due to compete in the hurdles, javelin and long jump in Edinburgh, is next scheduled to compete at the Diamond League event in Oslo on 13 June.

She will then join fellow British gold medallists Greg Rutherford and Mo Farah at the London 2012 Anniversary Games, held at the Olympic Stadium, from 26-28 July.

She told www.givemesport.com: "I am sorry to all the people in Edinburgh who planned to come and support me alongside the other athletes - but hope I can compete there another time.

"It promises to be a really good meeting and I wish all the other athletes good luck with their performances."