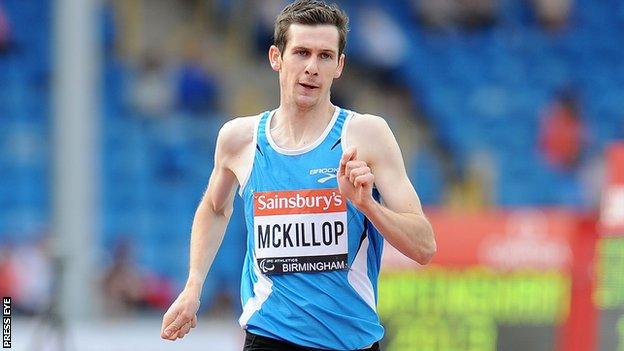 Michael McKillop cruised to a T36/37 800m victory at the IPC Grand Prix Final in Birmingham on Saturday.

The double London Paralympics champion from Glengormley won in 2:00.08, with Brad Scott over four seconds back in second and Mohamed Charmi third.

"I can run much quicker but whenever you're doing all the work on your own it's quite tough," said McKillop.

McKillop will defend his 800m and 1500m titles at the Paralympic World Championships in Lyon next month.

"I'm quite disappointed not to break two minutes although this race shows me where I am, and puts a big marker down because it was the two medalists from the Games," added McKillop.

"I beat them by four seconds today and in London too, so not much has changed since, and I know I can run much quicker than that."