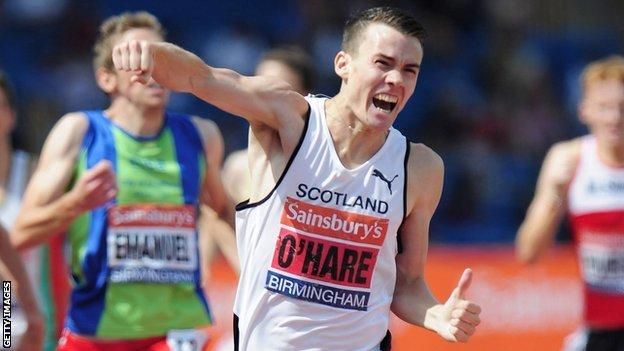 Chris O'Hare won Saturday's final of the 1500m at the British Championships in Birmingham.

Andrew Lemoncello had won the 10,000m on Friday but his time of 29:28.72 was outside the World Championship qualifying standard.

And Kirsty Yates was the bronze medallist in the shot-putt.

Also on Saturday, Emily Dudgeon recorded a season's best 2:04.22 as she came fifth in the 800m final, with Claire Gibson coming seventh.

Kirsten McAslan came fifth in the women's 400m final with a personal best of 52.85 and Gemma Nicol was seventh.