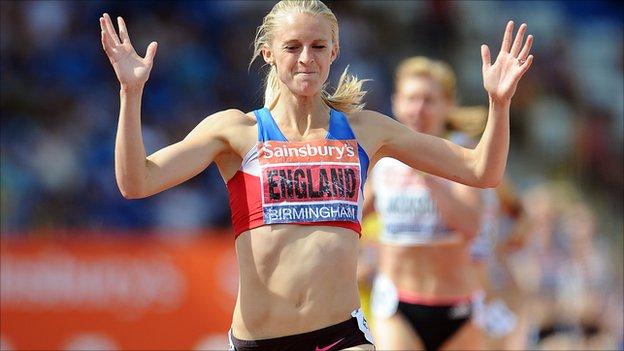 World Championship silver medallist Hannah England admitted to being "frustrated" at the nature of her victory after taking the national 1500m title in Birmingham on Sunday.

Olympic finalist Laura Weightman and 2009 world silver medallist Lisa Dobriskey both fell during the race and England was frustrated by the incident.

"The last thing you want to see is those really good athletes in a bad way," England told BBC Radio Oxford.

England confirmed her place in the Great Britain team for August's World Championships in Birmingham.

"Who knows," added England. "Hopefully I can make that final and cross the line in front of other people."