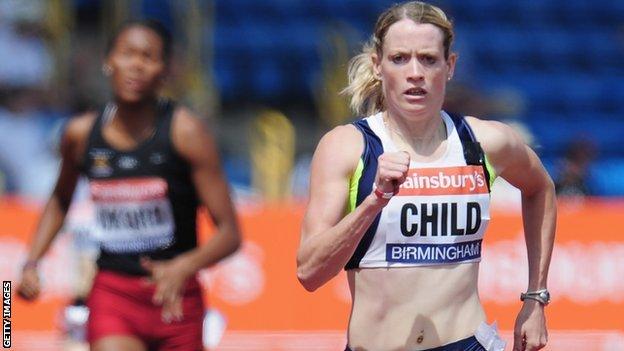 Eilidh Child is one of seven Scots named in the British team for next month's World Athletics Championships in Moscow.

The 400m and 400m hurdles runner has set repeated Scottish records this season.

Muir (800m) and McAslan (4x400m relay) have also secured spots in the team for the trip to Moscow.

However, Steph Twell has missed out despite winning the 5000m at the British Championships.

Reacting to the squad announcement, Child tweeted: "Great news for @lauramuiruns @Bowie2Bowie and Kirsten McAslan #worldchamps2013. Gutted for Steph Twell though, would've liked to have seen her name in the 5k #topathlete"

And O'Hare said on Twitter: "It's official, I am in the team for the World Championships in Moscow. Huge thanks to everyone who has helped get me here."