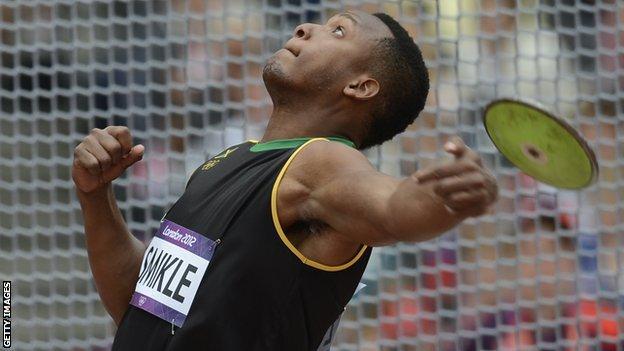 Smikle, who competed at London 2012, returned a positive result after the Jamaican trials in June.

"I must take responsibility for whatever is found in my body," Smikle, 21, said in a statement.

"However, I didn't knowingly or wilfully ingest any banned substance. I have requested analysis of the B sample."

Smikle failed to reach the final of the discus competition at London 2012 after recording a best throw of 61.85m.

World 200m champion Campbell-Brown and Randall have both tested positive for a banned diuretic.

Jamaica's team for the World Championships in Moscow next month has also been affected by the withdrawal of world 100m champion Yohan Blake because of a hamstring injury.