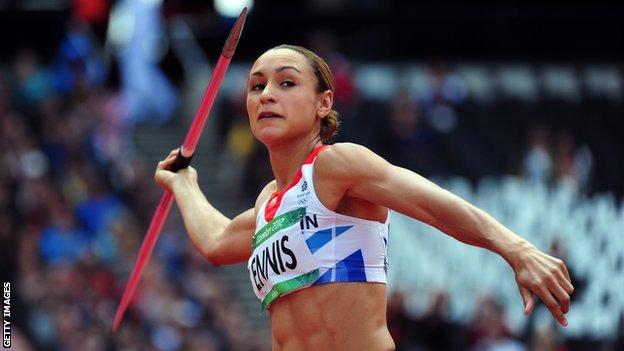 Olympic heptathlon champion Jessica Ennis-Hill will make her return from an ankle injury at a low-key meeting in Loughborough on Tuesday.

The 27-year-old will compete in the long jump and javelin at a European Athletics permit meeting.

Ennis-Hill has yet to compete this season but her return comes three weeks before she is scheduled to take part in the World Championships in Moscow.

The Sheffield athlete has not competed in a full heptathlon since London 2012.

Ennis-Hill was scheduled to compete in the heptathlon in Estonia at the end of last month but had to withdraw from the competition because of her injury.

That means the heptathlon in Moscow will be her first seven-event competition since the Olympics.

Her injury has forced her to delay a comeback five times this summer, with Ennis-Hill most recently pulling out of last Friday's Diamond League meeting in Monaco.

Ennis-Hill may compete on Saturday in the Anniversary Games at the Olympic Stadium, but her participation is still subject to confirmation.