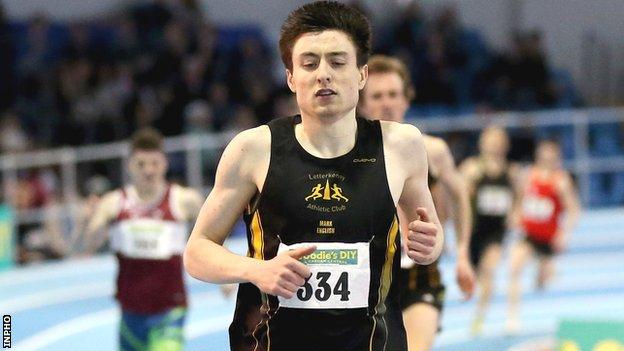 Letterkenny man Mark English produced a huge breakthrough as he ducked under one minute and 45 seconds for 800m for the first time on Friday evening.

English justified his inclusion in the event at the prestigious London Anniversary Games as he finished a brilliant sixth in 1:44:84.

The time, a World Championship A standard, improved his recently-set personal best by .48secs.

Galligan's time improved her personal best by .49 and was the second time that she has bettered the World Championship B standard this season.

In the men's race, English was at the back of the field as pacemaker Matthew Scherer produced an opening lap of 49.54 seconds but the Donegal man moved past a number of athletes in the closing 400 metres.

Kenyan Job Kinyor (1:44.35) and Tyler Mulder (1:44.72) were also in front of the fast-finishing Irishman while those behind him included British duo Michael Rimmer and Mukhtar Mohammed and Poland's Adam Kszczot.

English's time was only .02 outside the Irish record set by David Matthews in 1995.