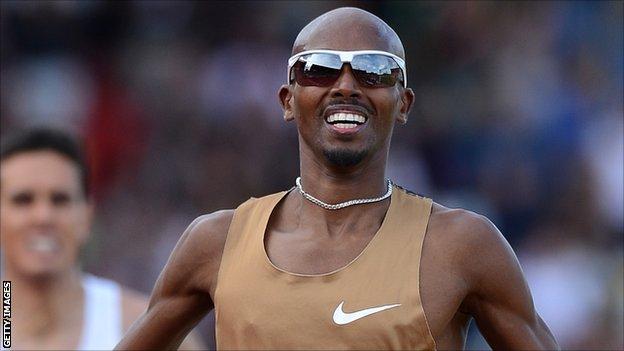 "No-one's ever had a range like that and we'll see how it extends to a half-marathon," Foster told BBC Look North.

Meanwhile, Foster, who set up event organisers Nova International, is excited by the three-way tussle between Farah, Haile Gebrselassie and Kenenisa Bekele.

"If it was a marathon you wouldn't be sure, while a half marathon is an in-between distance and that's why we're having it to see who is the best."