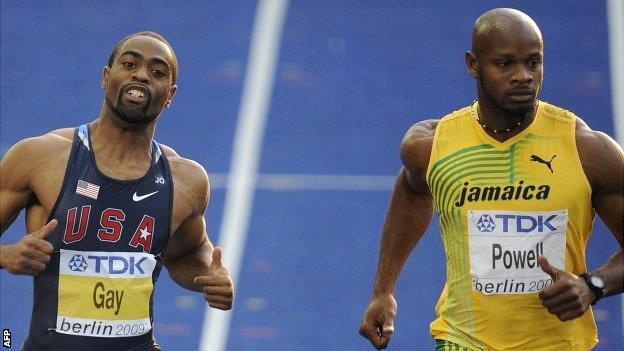 A highly critical report into global sport drug testing is "a shocking wake-up call", according to the boss of the World Anti-Doping Agency (Wada).

The study highlights failures in all aspects of the anti-doping system and recommends wide-scale reform.

Wada director general David Howman said things had to change "otherwise we will just keep on turning out stuff without getting to the nub of the issue".

He added: "People are cheating and getting away with it."

The report comes ahead of the World Athletics Championships in Moscow, which begin on Saturday.

The International Association of Athletics Federations (IAAF) is promising the most comprehensive testing programme ever conducted at a major event.

That will involve "large-scale pre-competition blood tests implemented for an athlete's biological passport" to check for abnormal blood values, urine tests on the top three finishers in every event, and additional random and targeted urine testing of athletes.

Athletics has had to deal with a series of doping revelations recently, with news that two of the fastest four 100m men of all time - Tyson Gay and Asafa Powell - had failed drug tests breaking on the same day last month.

And it is not just athletics in the dock, with seven-time Tour de France champion Lance Armstrong last year admitting to doping throughout his dominance of the race, while earlier this week the cyclist's United States compatriot, baseball star Alex Rodriguez, was banned for 211 games after being linked to a doping scandal.

Only 1% of the athletes tested each year are found to be taking banned substances - the same percentage as in 1985 - and last year Wada set up a special working group to investigate why more cheats are not being detected.

The group's damning report points out multiple failures including a lack of independence among national anti-doping organisations, and doping officers being offered bribes, being harassed and even threatened.

It also said instead of Wada being recognised "as the leader in the fight against doping in sport and supported by the stakeholders, it is viewed as an irritant".

Dick Pound, the former president of Wada who chaired the working group, said the report poses tough questions for many nations.

Last year Turkey carried out 120 tests on its 450 athletes, while Jamaica did 68 tests, but Greece managed none at all.

And Pound added there was evidence of "potential interference of the governments in the operations of national anti-doping organisations to make sure domestic athletes are not caught".

The report will be discussed by the Wada executive next month but leading anti-doping expert Don Catlin, head of testing at three Olympic Games in America, said it was long overdue and that Wada had "damned themselves over and over and over again".

Athletes such as British long jumper Jade Johnson have been calling for a tougher testing regime for some time. She feels the odds are stacked in favour of athletes who dope.

"There's not that many deterrents out there," she said. "It seems like people are just trying to protect the cheats and not the clean athletes that are working hard and sacrificing everything to do their sport that they love."