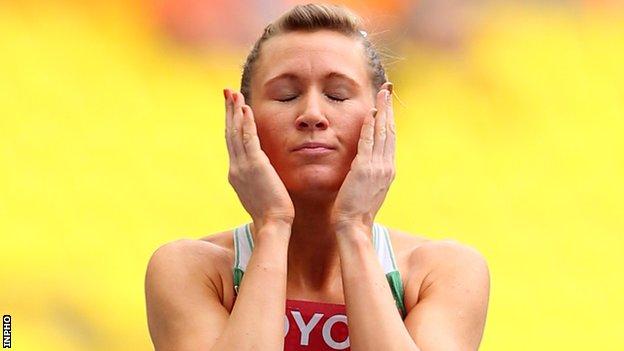 Irish 800 metres runner Roseanne Galligan exited from the World Championships at the opening stage after finishing seventh in her heat.

The Kildare runner's time of 2:02.05 was almost a second and a half outside her Irish record time of 2:00.58 set in London last month.

"I was ranked 28th coming into the Championships and knew only 16 would progress," said Galligan.

"So I know I had a very slim chance of getting through."

Despite failing to produce her London Anniversary Games form, when she erased Sonia O'Sullivan's 19-year-old Irish record, Galligan insisted that she would take positives from her World Championship experience.

""I'll learn from this race. I'll take it as motivation into next year for World Indoors and European Outdoors.

"I gave it all I had out there today and I am proud of myself for that."

Holywood man Paul Pollock is the only remaining Irish competitor in action at the Championships.

Pollock competes in the men's Marathon on Saturday afternoon.