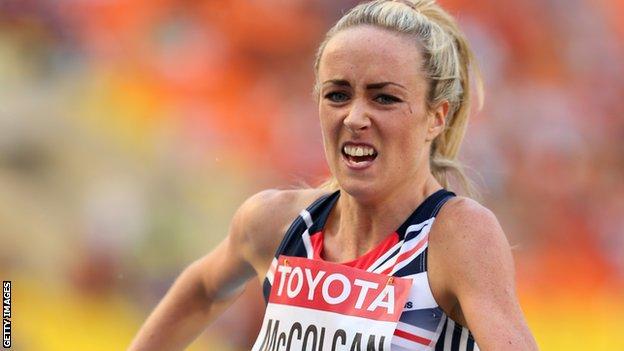 Eilish McColgan expressed disappointment after finishing 10th in the 3,000m steeplechase in Moscow.

The British champion ran in 9.37.33 at the World Athletics Championships.

'If anyone had told me a week ago I would be tenth in the final, I would've never have believed them," she said.

"I knew I would be tired considering the lack of running (through injury) and that's two steeplechases in four days."

McColgan, who missed Daegu with a broken foot and was advised to end the current season six weeks ago because of injury, said she aims to continue improving.

"I felt really good in my heat and I felt strong - then I think today I went through a good patch and then a bad patch and didn't really push on," she said.

"These girls have superior PB times and I am not stupid enough to think I can go with them.

"But the medals are at 9.10 and I feel I can keep improving and taking chunks off my own PB and that's positive."