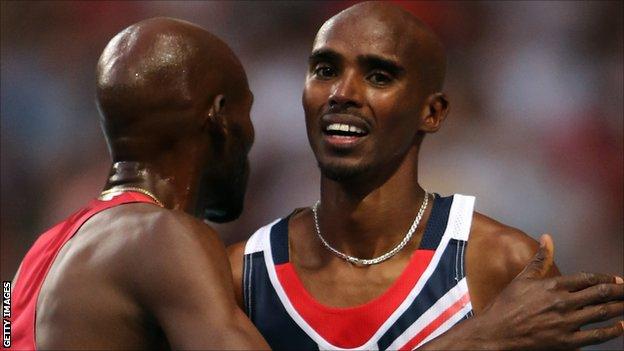 Olympic and world 5,000 and 10,000m champion Mo Farah will be the honorary starter for the Great North Run weekend on Saturday, 14 September.

Farah, 30, had already been confirmed to race in the half-marathon for the first time.

Events begin on the Newcastle/Gateshead quayside on the Saturday with a 5,000m, junior and mini-runs, as well as the elite level City Games.

"It will be great fun to offer runners encouragement," said Farah.

The recent World Championships in Moscow saw Farah assert his dominance at long-distance level, adding the world 5,000m and 10,000m titles to his Olympic gold from London 2012.

He broke Steve Cram's 28-year European 1,500m record in July with a time of 3:28.81 at the Diamond League in Monaco, a demonstration of his middle-distance prowess.